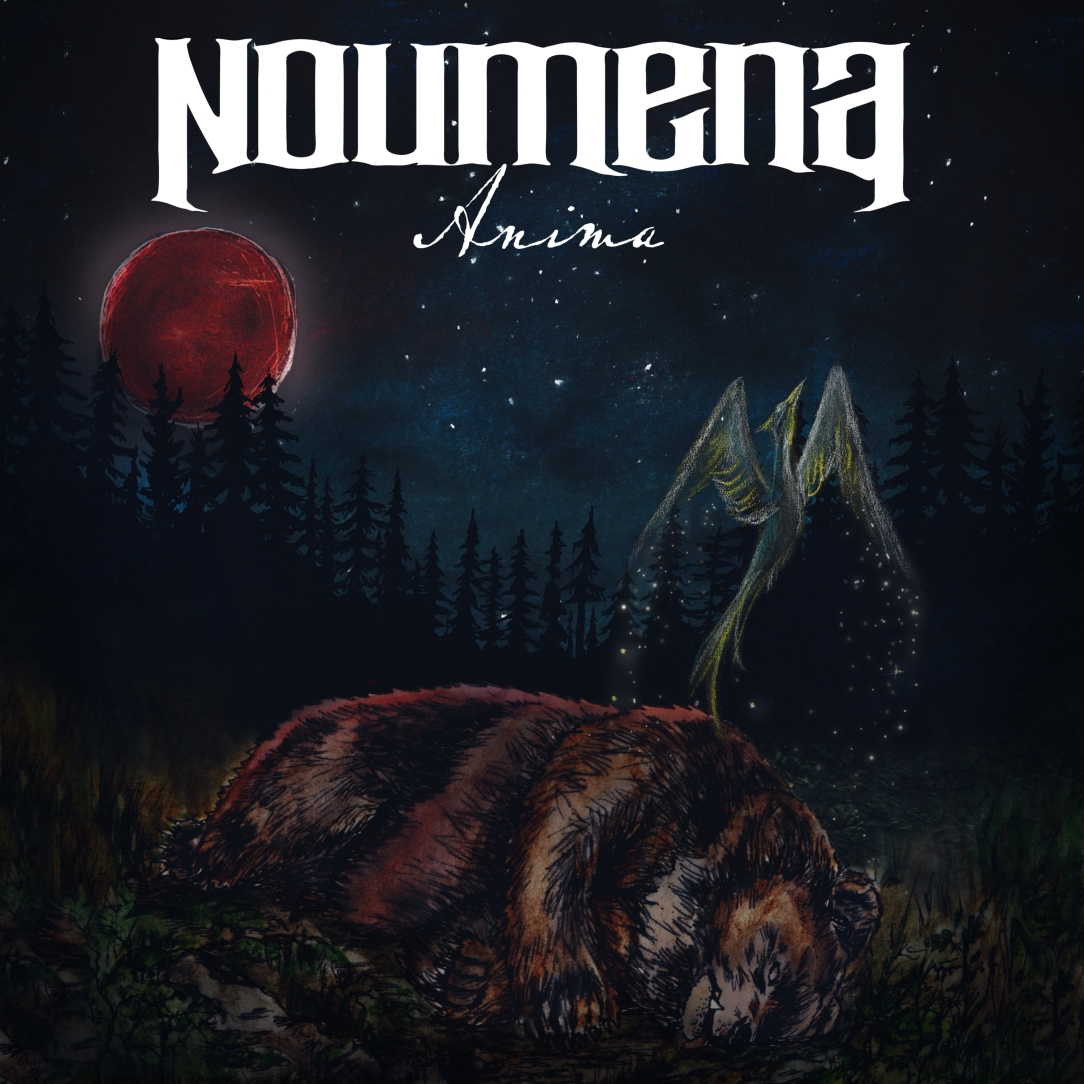 Before diving into Anima’s content, one image is familiar: the album cover’s bear figure, who also appeared on 2017’s Myrrys. This time, the bear isn’t fierce, but rather is lying in its resting place- perhaps its final one- within the forest. A “soul bird” also appears in the artwork, whose presence is woven into the album’s lyrics, which are only sung in Finnish.

A press release stated, “Thematically the album approaches death and loss from various viewpoints. Anima is a manifestation of spirit, soul and vitality, which takes a form of a soul bird in Finnish folklore. It is an ethereal spirit animal, who brings soul in birth and takes it away in death. As ‘Saatto’ song puts it: eventually everyone joins the symphony of souls and leaves only echoes in this world.”

“Kaiku” gently introduces the album with layers of acoustic guitars and hushed chants, setting the tone for the promised dark and introspective imagery. “Saatto”, the album’s first single, takes advantage of Uura’s vocals, which are a welcome presence alongside Haapanen’s dense growls.

“Murtuneet”, the most recent single which appeared in late August, follows and almost immediately diverts from the expected. A prominent- at times even approaching groovy- bass line lends itself well to the song.  Layers of electric and acoustic guitars also shine midway through; a virtue of Noumena’s first album with three guitarists, as Hirvonen joined in 2018. Clocking in at 9:26: this is significantly longer than the average melodeath track.

Noumena play with time signature in “Ajaton”, a higher-energy highlight that cools off upon reaching the 15-minute “Totuus”. This song’s journey is pensive and relaxed, veering into occasional solos and making more use of contrasting vocals than ever. “Joutsen” is something of a lullaby, concluding the release with a moody arrangement of piano, strings, and Uura’s vocals once again, including her crystal-clear lower register.

Although the change in direction from more conventional death metal to flowing, doom- and folk-inspired metal may be polarizing to listeners, especially those who had a preconceived expectation of Anima’s sound, Noumena’s new sound and creative liberties throughout the album are decidedly intentional.

In a late-2019 interview with Metal Solstice, as Anima was in its creation stages, Lamminaho said, “Our songs provoke a variety of emotions, especially the gloom and desperation. All in all, we have always followed our own vision and path, regardless of what would maybe be beneficial to commercial success. This will be the truth as long as Noumena is alive and kicking.”