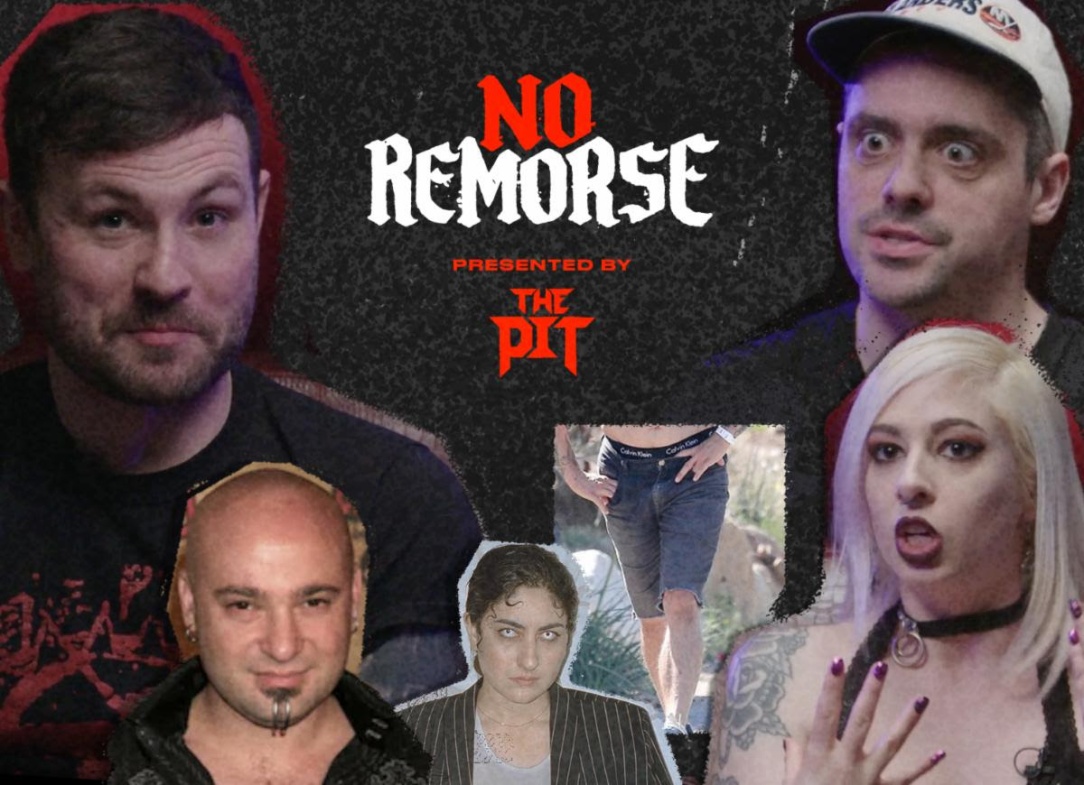 This week, Metal Solstice checked out the debut episode of The Pit’s No Remorse, a metal-inspired talk show produced and directed by Katie Rose Lean (Two Minutes To Late Night) and hosted by Jordan Olds (Two Minutes To Late Night). The host said in a press release, “I’m stoked to be a part of the show. I love talking about all types of heavy music and learning about what excites people about it. I look forward to steering the ship and to seeing how many Austin Powers impressions they will let me get away with!”

Sitting across from Olds for the 31-minute episode were Katy Irizarry (Loudwire, Revolver, Season of Mist) and Travis Reilly (This Is Hell). The trio purveyed insight into metal current events, with the occasional detour into Cher, a guessing game of celebrity jorts, and comments like, “You’ve never seen a Phil Collins video?”

The No Remorse set had a comfortable lounge feel, with two leather couches in front of a mic and a Marshall half-stack. They touched on topics such as Russian Circles’ odd placement among Faith No More, System of a Down, Korn, and Helmet at the recently-announced “supershow” on May 22 at Los Angeles’ Banc of California Stadium.

They also addressed the glut of extraterrestrial Blood Incantation memes; the Denver-based death metal group will play to a sold-out Saint Vitus Bar this Friday in Brooklyn. A hot debate on the Psycho Las Vegas lineup came later. When you pack a lineup with diversity, a la Mercyful Fate and Emperor alongside Ty Segall and The Flaming Lips, and then you throw everyone in the desert, does it turn off fans there purely for metal? One YouTube commenter humorously weighed in, suggesting an update to “Psycho New Jersey”.

Irizarry, Reilly, and Olds each did their best David Draiman “Down with the Sickness” growl with moderate success before dismissing viewers at the end of the show.

Overall, it was an enjoyable half-hour. The hosts were credible, and the banter was balanced among them. We really could have lived without the jorts, but look forward to how they’ll follow up that segment and bring more metal current events on next week’s show.

Check out the first episode here, with new ones every Thursday, and feel free to let us know what you thought in the comments section!